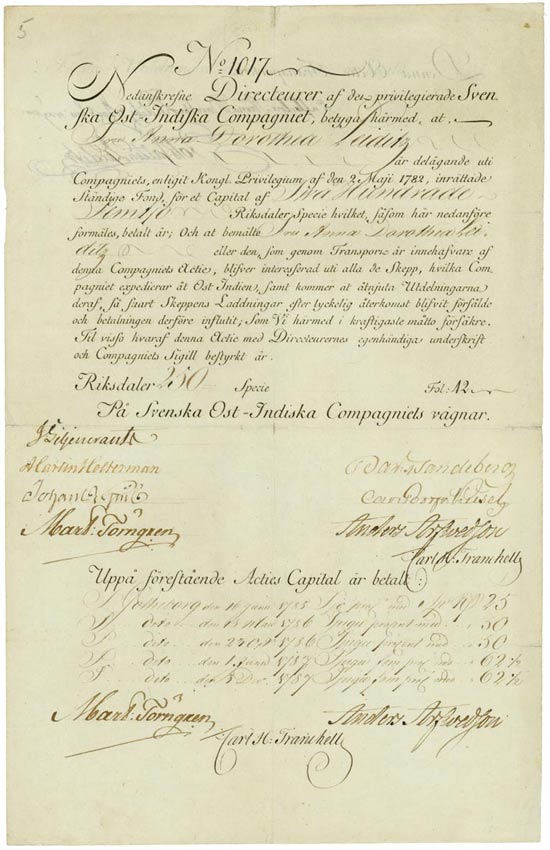 The largest and most significant Swedish commercial enterprise of the 18th century was founded in 1731. It was the objective of this enterprise to trade to India and in the Far-East. Besides the Dutch East India Company and the East India Company, this company became one of the largest and most successful East India companies. Altogether, 132 commercial expeditions were initiated under the control of the Swedish-East India company, of which 128 led to the seaport of Kanton, which had opened the trade with Europe as the sole Chinese city. The tea trade was the main source of revenue of the company. The continental blockade of Napoleon, as well as the sea battles of the waning 18th century affected the overseas trade strongly. That is why the company - just like many other colonial companies - dissolved in the beginning of the 19th century (1806).