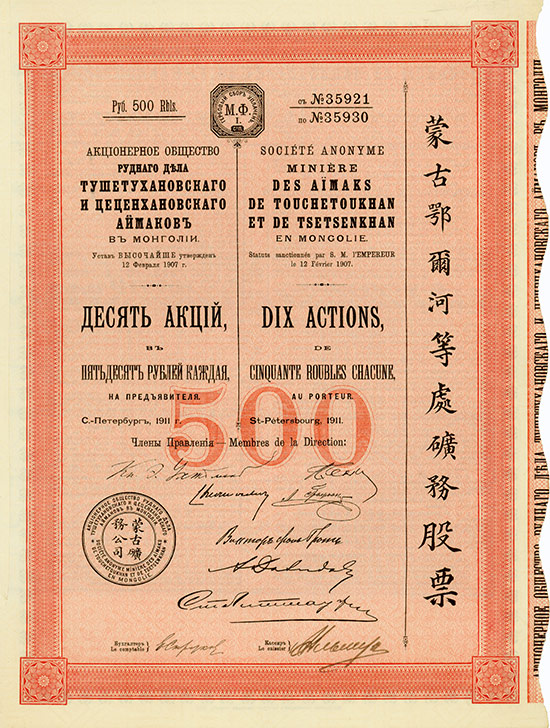 In 1911 the Baron von Grot, who was exploring for gold in these two provinces of northern Mongolia, formed this company, with French and Belgian participation, to mine gold on the banks of the Selenga River. The concession was later taken over by an American company, who never developed it. In 1921 the major 'Mongolian' concessions were granted, to include this area. Today the Canadian-owned Boroo and Gatsuurt Mines mine gold in the area, by the Selenga River. The two khans in the company name were two of the descendants of Ghenghis Khan, who ruled the area of these 2 aimaks or regions.