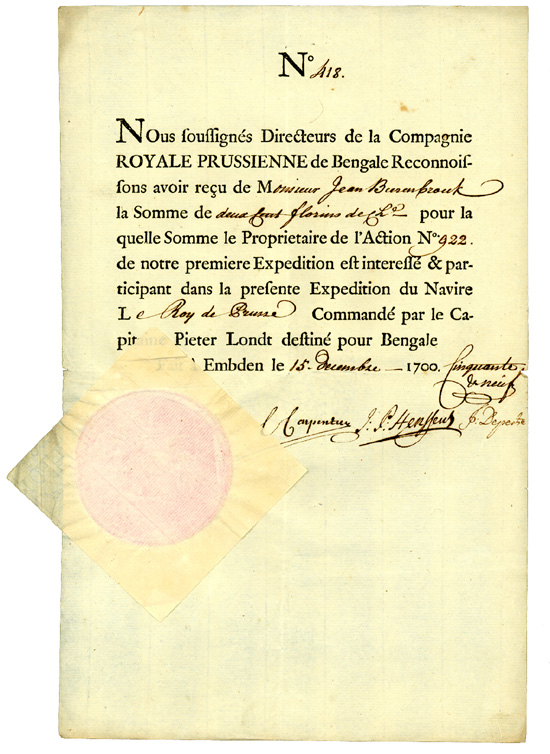 The company was formed in Emden on 21.1.1753, with a concession for 20 years to trade with the East Indies and Bengal. However, to protect the rival Emden und Asiatische company, the concession excluded the right to import tea, drugs and porcelain. Also, for a fixed period of time, the Prussian people were forbidden to invest in the new company, to avoid capital being withdrawn from the rival. The trading activities of the company were so restricted that it never achieved the expected commercial success, but spent years in disputes and legal actions over financial claims. It was founded by an Englishman named Harris, who raised more than half the capital in Flanders. The first sailing was in 1754. Five years later, a second sailing was undertaken. The ship was the Roy de Prusse, captain Pieter Londt, sailing for Bengal. It was the last sailing by the company. Ten years later the company was in liquidation, the investors having lost 3/4 of their investment. Nominally a German company, there was only one German director. The three others, which signed this share, are J.Depestre (a Brussels banker), Henssens (from Antwerp) and C.Carpentier (a merchant from Gent).