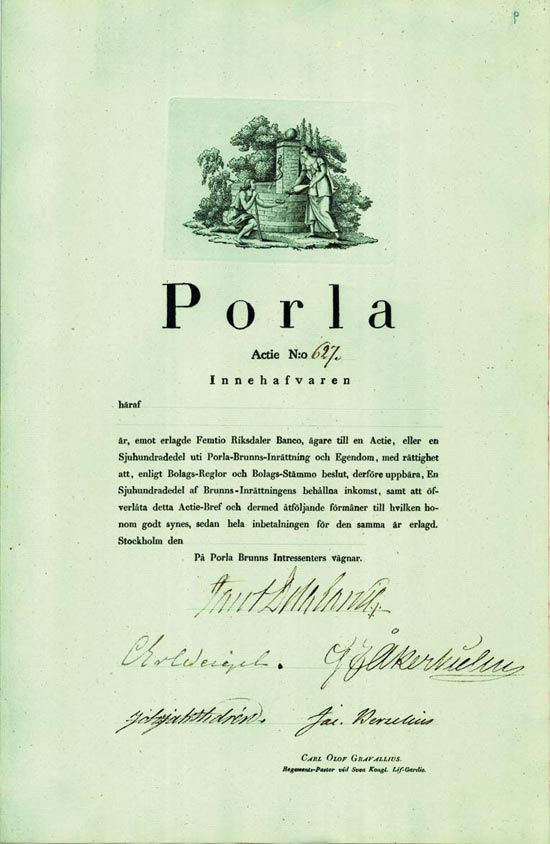 This spa, between Lakes Vänern and Mälaren, was well-known and used back in the Middle Ages. In 1721, Dr. Richter, a physician from the province of Västergötland, began using the spring which he had rediscovered with the help of old documents. In 1809, G. Strömstedt (1762-1835), a law enforcement officer, took over the management of the company. The spa received its royal charter in 1819, and in 1826 a company was founded. It issued 700 share certificates, each of 50 riksdaler banco. During the 19th century, Porla was one of Sweden's most frequented spas. Today it is best known for its bottled mineral water. Pretty vignette of ladies drawing water from the fountain. The printer was the regimental pastor with the Swedish royal life guards! A valuable piece of information. This is however to the best of our knowledge the world's earliest share of a spa.