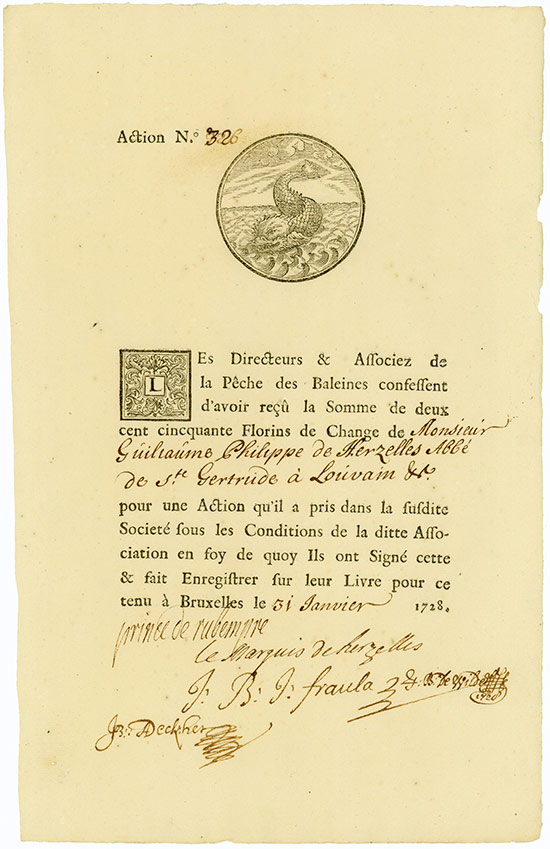 The Whaling Association was founded in 1728 for the duration of 15 years due to the concession decreed by Emperor Karl VI in 1727. According to the statutes the base capital was 212,500 gilders. It was divided into 850 shares at 250 gilders each. The nominal capital was carried by nine associates. Baron Adam Joseph de Sotelet was the biggest shareholder and the leading personality of the company. He bought five whaling ships including the crews in San Sebastian in Northern Spain, left two ships there and positioned the other three in the harbour of Oostende [Belgium]. With all five ships the company pursued the lucrative business of whaling within the territory between Greenland and Spitsbergen. This magnificent ages old title carries the original signatures of the founder's: Prince de Rubompre, Marquis d'Herzelles, President de Fraula, A. Walhorn du Decker and Henry v. Meygelen.