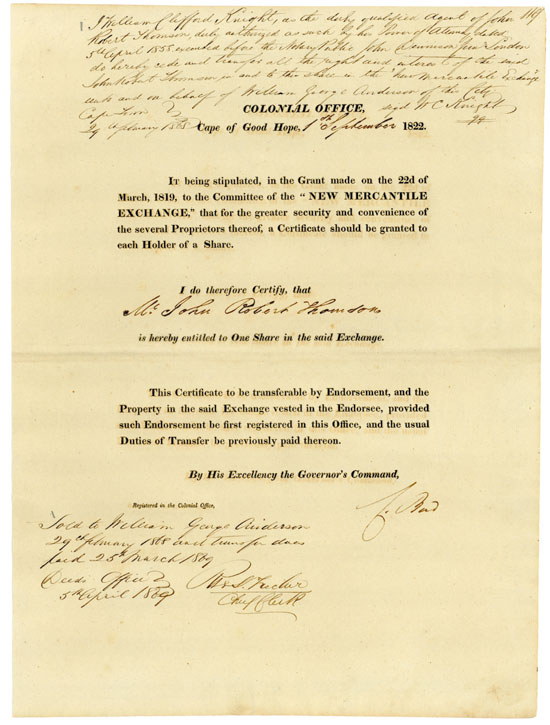 In 1817 the stock exchange of Cape Town was established as the first African market for securities. Only two years later the New Mercantile Exchange was founded. It was supposed to take over the construction and the trade operations of a new exchange building. All in all only 158 shares were distributed, of which the government itself assumed 40. In 1822 the provisional shares were replaced with stocks. For the first few years, the stock exchange benefited strongly from the fact that Cape Town had been declared a free port. However, during the following years the big gold and diamond boom mainly strengthened the position of the stock market in Johannesburg. During the second half of the 19th century, it gained predominance so that in 1890 the building of the New Mercantile Exchange was torn down again. This share, of which only a few specimens have remained, is the oldest stock exchange share of the world!