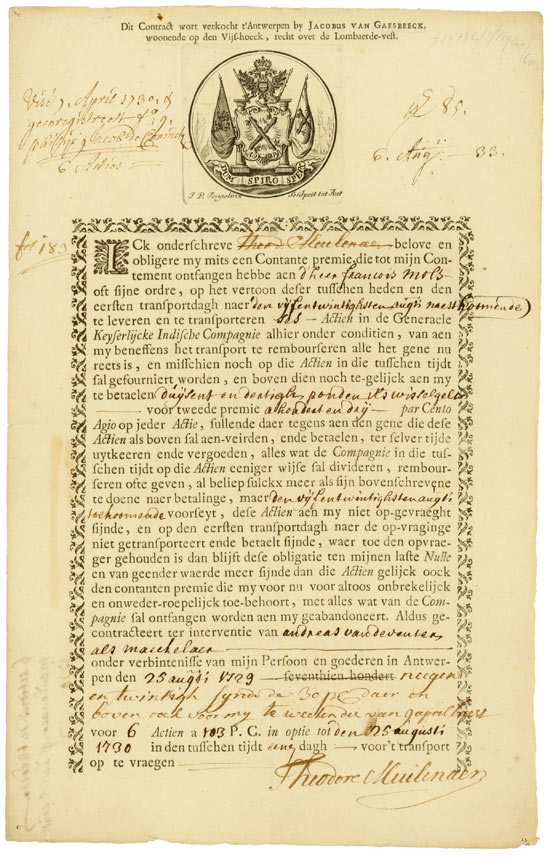 The first warrant in financial history! The warrant entitles its owner to purchase 6 shares of the Kaiserlich-Indische (Imperial Indian) Compagnie at 103 per cent, by 25 August 1730. Emperor Karl VI planned to establish an independent colonial policy. Thereupon Flemish merchants founded the Kaiserlich-Indische Compagnie. The company was granted the right to do business with East and West Indies. In 1729 a right to purchase shares by a certain date at a previously fixed price was granted for the first time – the hour of birth of the option warrant. 150 years later Russell Sage in the USA developed the idea and thus established the basis for the modern derivates.