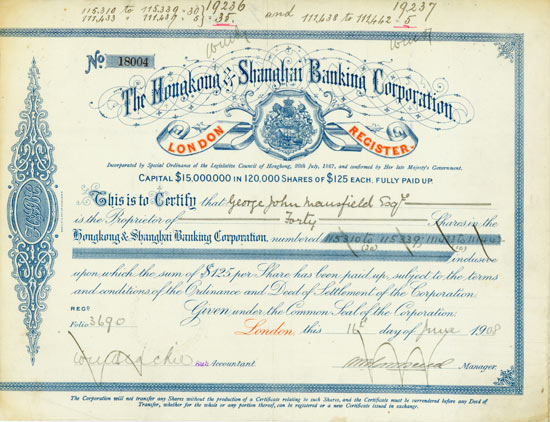 The bank was founded by the Scotsman Sir Thomas Sutherland in the British Colony of Hong Kong on 3 March 1865, and one month later in Shanghai, benefitting from the start of trading with China. In anticipation of the Japanese invasion in Hong Kong in 1941, the bank’s head office moved to London. The head office moved back to Hong Kong in 1946. After several acquisitions London-based HSBC Holdings plc was established as a parent company for the group in 1991. With a market capitalization of round about 100 billions British Pounds HSBC is after Royal Dutch Shell the second largest company listed on the London Stock Exchange.