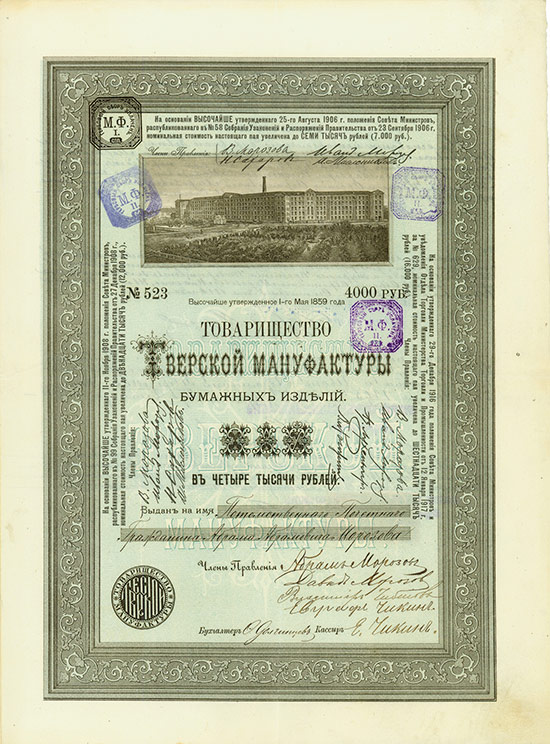 The cotton-mill belonged to the important Jewish Morozov family. The Morozov dynasty dates from the end of the 18th century, when Savva Vassilievich Morozov (grandfather of Abram – see further), previously a serf, started a silk-weaving mill near Moscow. Later he started a woolen mill, also near Moscow, and then he and his family expanded into cotton textiles and paper production. The Morozovs owned four large factories (including this at Tver), produced cotton in Central Asia, and employed tens of thousands of people. The Tver Cotton Mill became a joint-stock company in 1859 and soon became the largest of its kind alongside the Volga River. By 1913, 60% of the local workforce was employed in the local textile industry. The company still exists today. The certificate, of a very early date for industrial Russia, has a large engraving of the Tver paper-mill. The share typically shows several transfers to members of the Morozov family. Signed by Abram and David Morozov. Dividend-stamps run from 1877 right up to the revolution in 1917. As most of the shares were held by members of the Morozov family, they count as extremely rare.