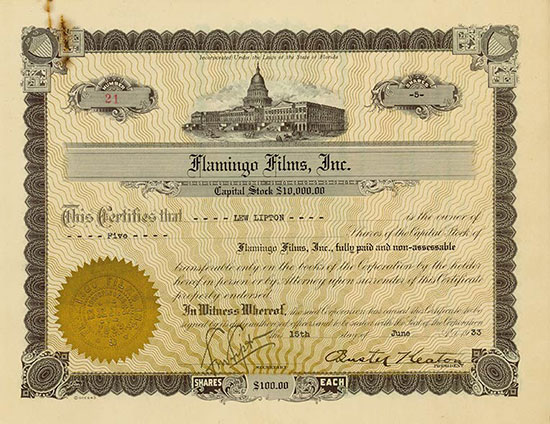 Buster Keaton (in fact Joseph Francis Keaton) was born in 1895 in Piqua (Kansas, USA). He was one of the most famous comedians of the silent movie era alongside with Charlie Chaplin and Harold Lloyd. As a child, Keaton made people enthusiastic by his acrobatic talent. At the age of 21, he firstly acted in a movie. Three years afterwards, he started his own productions. In 1924, he succeeded to breakthrough with the film “The Navigation”. After his film “The General“ became a financial flop, Keaton came to MGM in 1928. But the cooperation went well only for five years. In 1933, Keaton had differences with the management and he was dismissed. He fell into oblivion. In the 1950ies, his films were rediscovered. During this time his technical innovative silent comedies were respectively appraised. Nowadays, Keaton’s films are among the most important films in cinema history.