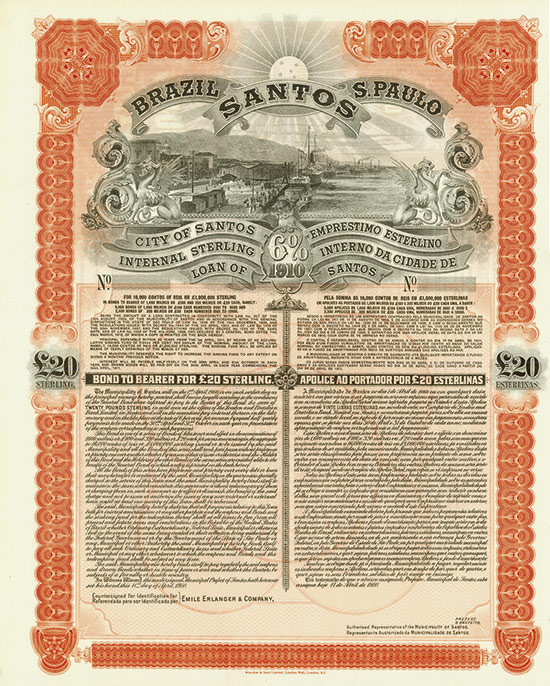 The port of Santos is the largest sea port in Brazil and as such the most important harbor city in Latin America. Already in 1864, the port became connected to the mega-city São Paulo by a railway line. São Paulo, about 79 km from Santos, is the capital of the state wearing the same name. It is the most densely populated and economically most powerful Brazil state. São Paulo owes most of its successful industrial development to the port of Santos. Santos was also known one of the most important ports of call for German emigrants to South America.