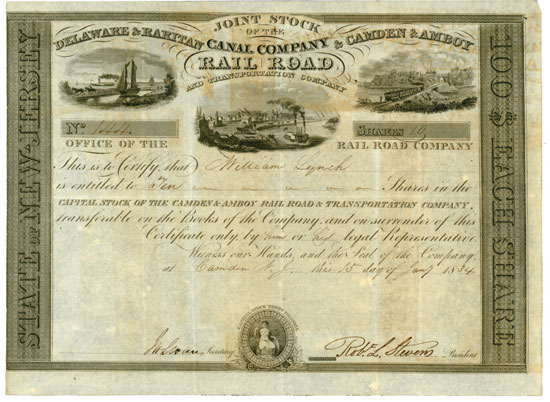 Original signature of Robert Livington Stevens. The railway pioneer Robert Livington Stevens bought a locomotive in 1831 from George Stephenson, the inventor of the steam locomotive, and transported it from England to America. The first functional steam locomotive of America started its operation on 12.11.1831. The railroad track was developed in February 1830 as dual company and obtained the transportation monopoly in New Jersey only two years later. The company united with multiple smaller and local railways in 1871 and from that point in time operated under the name of New Jersey Railroad & Canal.